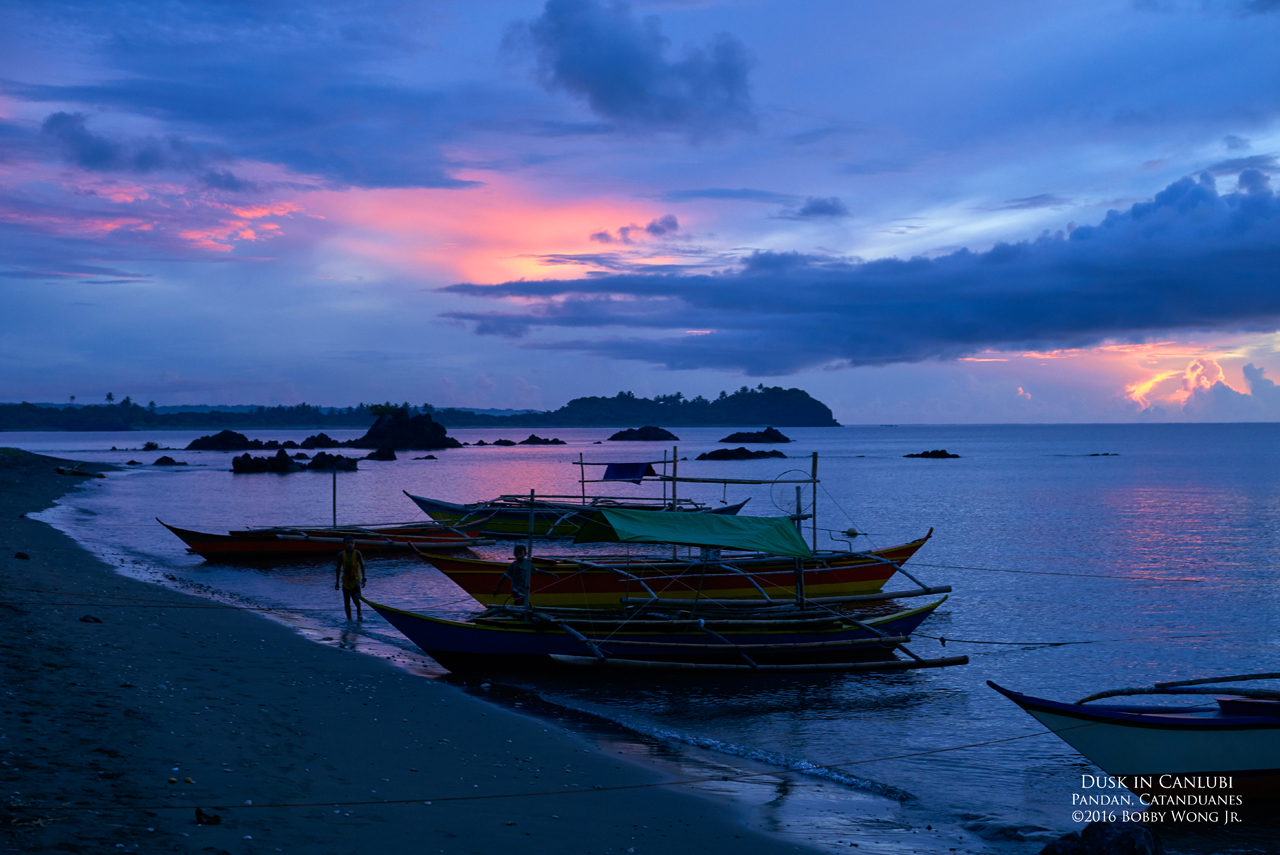 "I can see a small tributary down there. And where it meets the sea there appears to be a small fishing village beside it. You think that might be a good place to stalk dusk today?" "Oh why not?!!" That's the kind of conversation that launched a thousand ships, and today it will lead us to a place we haven't been. Again.

A good 45 minutes later, we found ourselves within the sleepy town of Canlubi in Pandan Catanduanes, where we finally found a few stands of Pandan trees after which the town was named. Literally off-the-beaten-track, the folks here don't get a lot of visitors. Heck, they don't even have a corner store, neither the comforts of a modern life. Isolated. Unknown. And forgotten.

In the end dusk wasn't majestic, but it didn't disappoint either. It was too cloudy for glory, but some light made it through, peppering the sky with swathes of orange lined with crimson. The highlight was making new friends there, friends we exchanged phone numbers with, and that's more than we originally expected in these parts. Enjoy.

(Pixel-peepers: After sunset don't be in a hurry to leave, lest you miss the most colorful part of the day!)