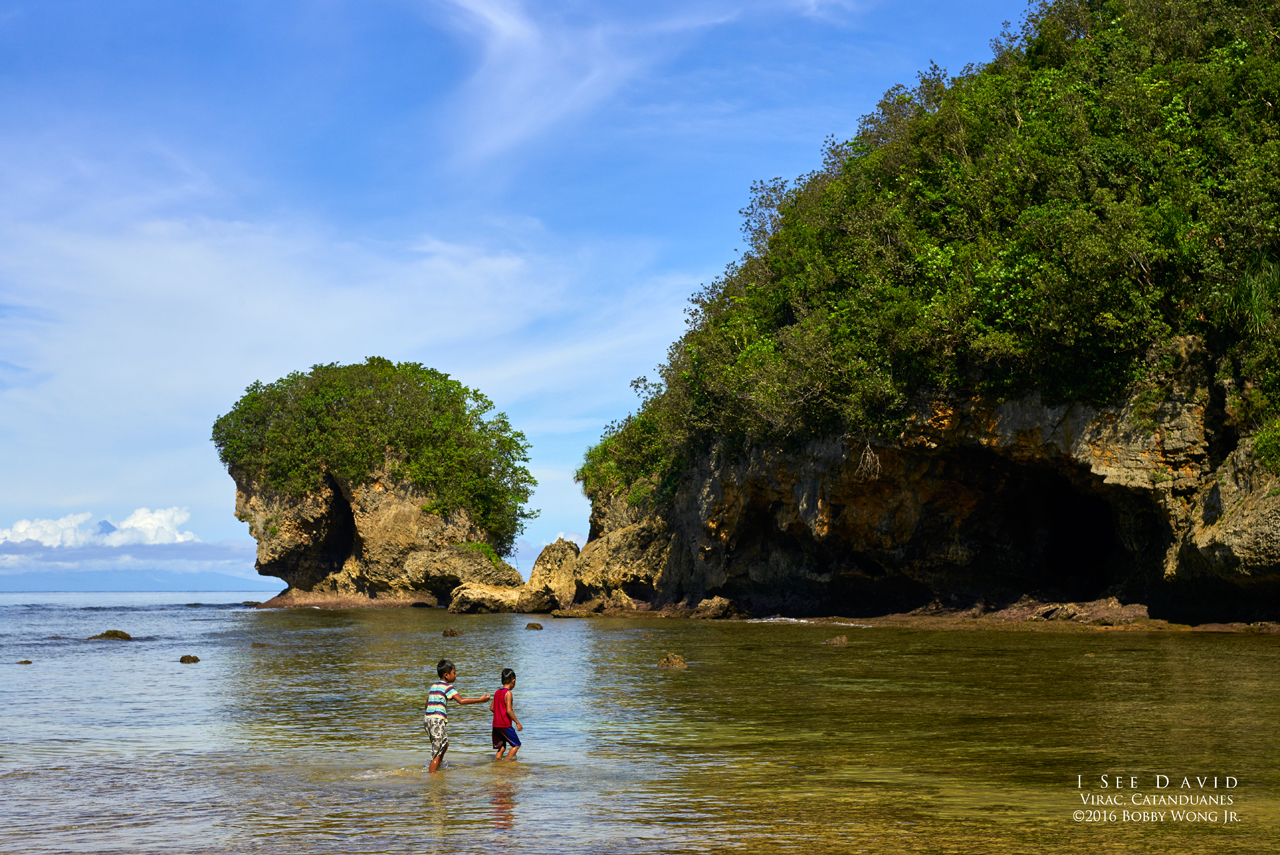 Pareidolia: seeing what isn’t there.

Over beer, someone told us about this place called Talisoy beach in Virac Catanduanes, where a huge rock by the sea looks like something that's not supposed to be there. Really? And off we went...

It wasn’t initially apparent, until we rounded a curve, and we immediately understood what he meant. Do you see it yet? If you guessed a boulder projects the likeness of Michelangelo's David, down to the Greek haircut, the sharp nose, and the square jaw, you would be right. Amazing isn’t it? But wait, because there's more.

Start from David's eyes and draw a straight line in the direction of his gaze. Notice anything else? That black cone on the horizon is none other than the majestic mount Mayon across the Lagonoy Gulf in Albay province. Now that's no longer your imagination. Enjoy.

(Pixel-peepers: The clouds parted just as we pointed our cameras at David. Even grand dames want their pictures taken with a handsome Greek dude!)