#328 Cameo in the Landscape 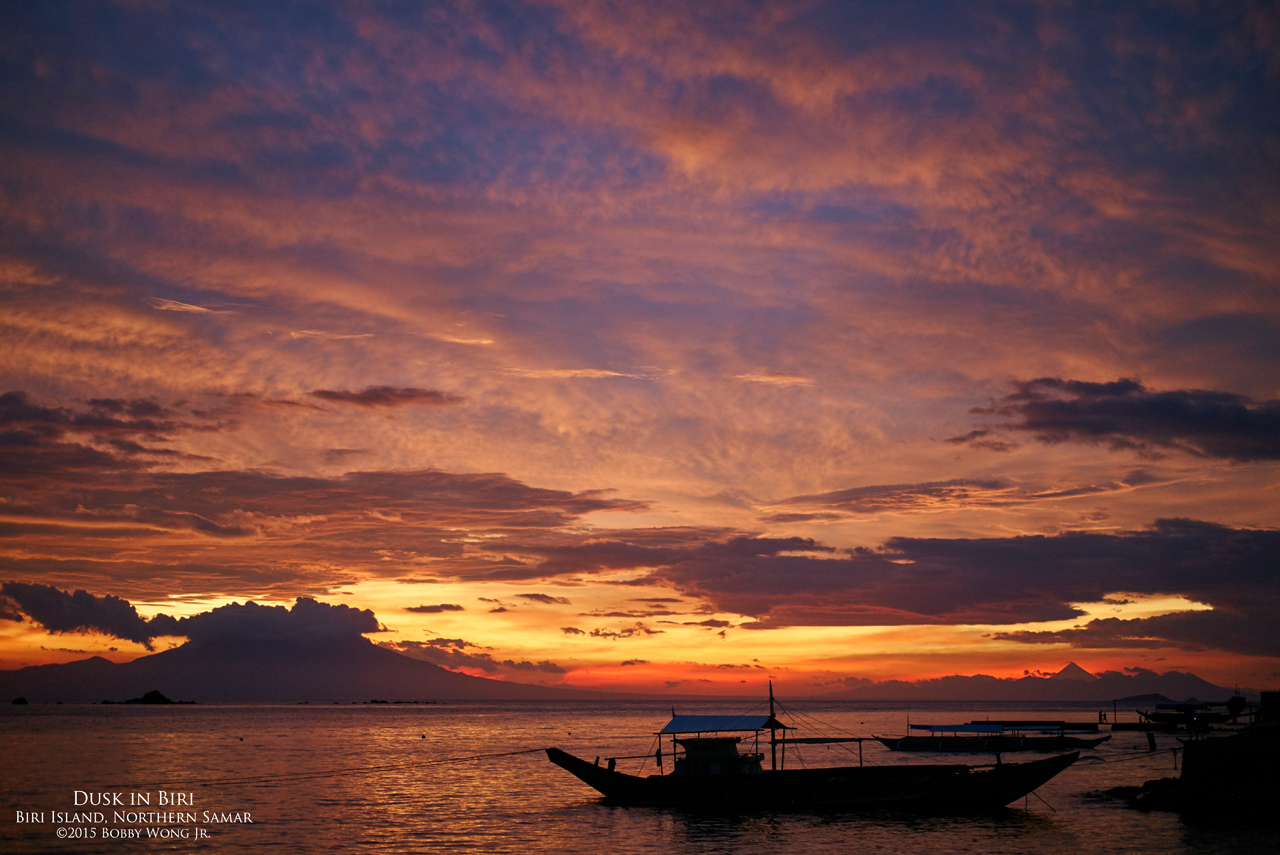 Last week, I shared a postcard I took in Virac Catanduanes, where Mount Mayon made a most unexpected appearance on the horizon. So while we're still on the topic of cameo appearances, today's postcard taken last year might be of interest.

The story started at dusk on Biri Island in Northern Samar. But rather than sharing a photograph taken at peak light, when the heavens burned of crimson and vermillion, I chose to share one taken shortly after that, when the most intense colors have faded into a burnt orange. But why?

It was only when the colors had faded, that the clouds parted to reveal an unexpected visitor on the horizon. Poised in grace, and peeking from the lower right hand side of my composition, is her majesty herself Mount Mayon. She had watched the entire spectacle with us from over 100 km away in Legaspi City! Now that's a record cameo in any book! Enjoy.

(Pixel-peepers: Sometimes, the best photograph is the one with the best story.)